Category: Adenovirus > Over-Expression > Recombinase
Cat. No: 1773
Availability: Immediate
Name: Ad-mCherry-Cre
Cre Recombinase is a Type I topoisomerase from bacteriophage P1 that catalyzes the site-specific recombination of DNA between loxP sites. loxP is a 34 bp DNA sequence at which confers directionality. Cre recombinase is used as a tool to genetically modify genes, such as to delete a segment of DNA flanked by LoxP sites in cells or experimental animals.

This adenovirus expresses both a codon improved Cre recombinase (iCre) and mCherry as marker. Cre and mCherry are driven by the same CMV promoter and separated by 2A peptides. 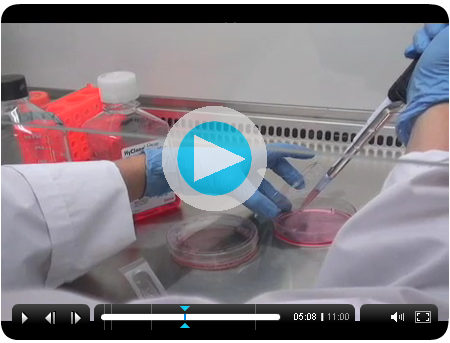